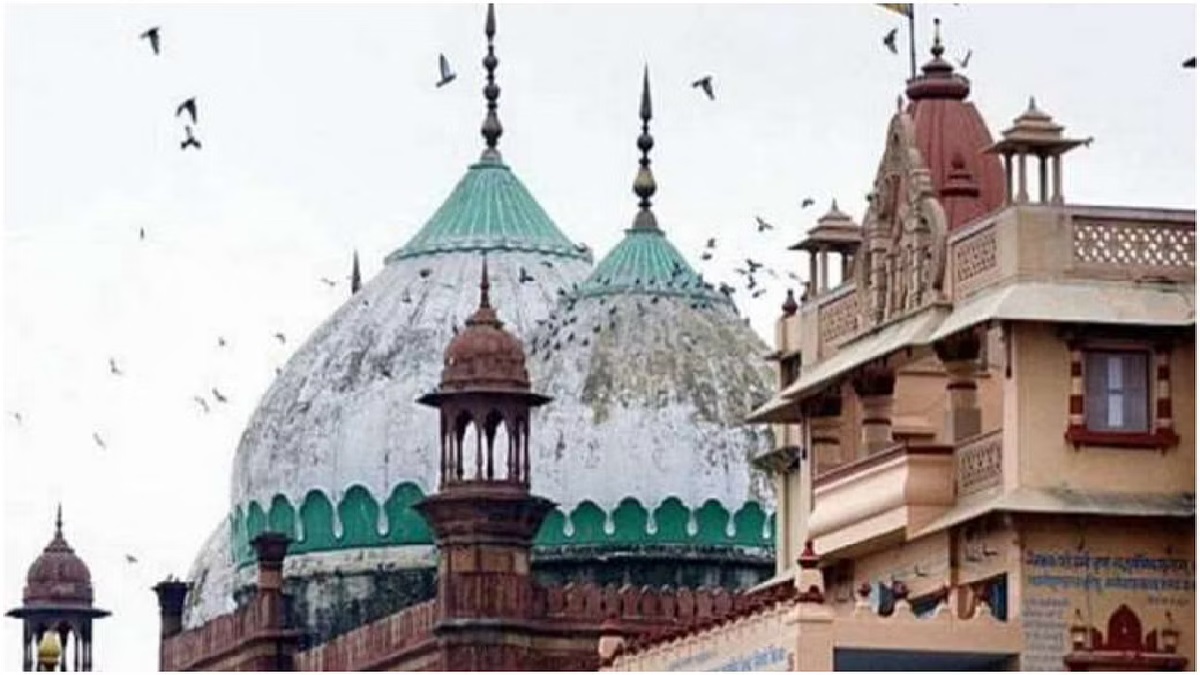 Mathura Masjid Controversy: A local court in Mathura has agreed to hear a plea seeking the videography of Shahi Idgah Mosque that lies adjacent to Krishna Janmabhoomi. The decision came amid the videography survey of Gyanvapi Mosque in Varanasi, Uttar Pradesh. The petitioners have sought the appointment of the advocate commissioner to conduct the video survey in the Shahi Idgah Mosque Premises in Mathura. Notably, earlier on May 12, the Lucknow Bench of Allahabad High Court had directed the Mathura Court that all the cases related to the Krishna Janmabhoomi-Shahi Idgah Mosque dispute must be disposed of within four months.

1. As per the petition, the petitioners have claimed that the Shahi Idgah Mosque was built after demolishing the part of the Shri Krishna Janmabhoomi Temple which was spread over 13.37 acres of land.

2. The petitioners have been demanding the removal of the mosque and the return of the land for the temple.

3. So far, nine cases have been filed in the Mathura Court in the case of Shri Krishna Janmabhoomi and Shahi Idgah Dispute.

4. Just like Gyanvapi Masjid Survey, the videography survey of Shahi Idgah Masjid in Mathura will determine the existence of Hindu artifacts and the ancient religious inscriptions on the mosque premises.

5. One of the petitioners claimed that the mosque was built on the orders of Aurangzeb back in 1669-70 on the 13.37 acre of Krishna Janmabhoomi Land.

The Lucknow Bench of Allahabad High Court on May 12 had directed the Mathura Court to dispose of all the cases that are related to the Krishna Janmabhoomi-Shahi Idgah Mosque dispute.

The High Court was hearing the petitions for the early disposal of the cases of Mathura’s Shri Krishna Janmabhoomi and Shahi Idgah Dispute. The court also stated that if the Sunni Waqf Board and other parties are not involved in the hearing, then the court can issue ex-parte order.

The court order had come on the plea of the petitioner who had appealed for early disposal of the case.

Shahi Idgah Mosque is said to be built in 1669 by Aurangzeb when he attacked Mathura during the Jat rebellion and destroyed Keshavdeva Temple. In the place of the temple, the Mughal Emperor had directed to build the masjid.