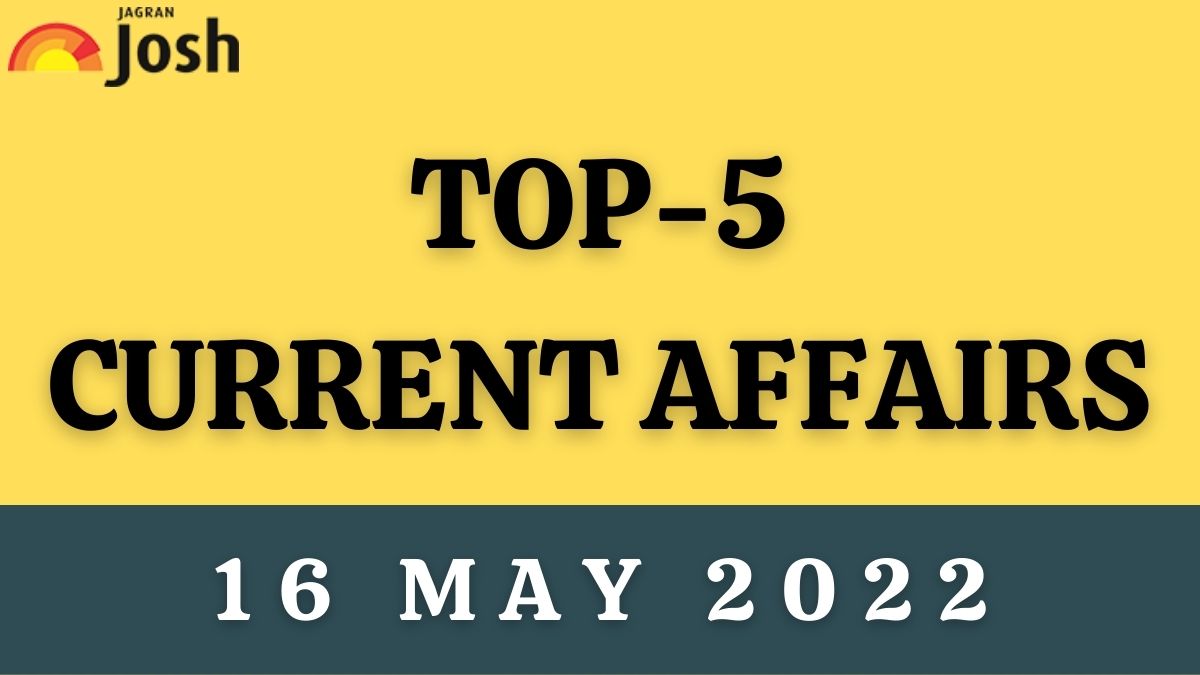 The India Meteorological Department (IMD) has issued red alert for five districts in Kerala today, May 16, 2022.

A shivling has been discovered in the court-mandated videography survey of the Gyanvapi Masjid Complex, which was completed on May 16, 2022. The shivling is 12 feet by 8 inches in diameter. As soon as the discovery was Shivling was announced, a court in Varanasi issued an order to seal the pond in Gyanvapi Mosque Complex.

National Dengue Day is observed in India every year on May 16 to create awareness about Dengue and intensify preparedness for the control of viral disease before the transmission season starts in India. The day is an initiative by the Ministry of Health and Family Welfare that has been working towards the prevention and control of viral fever in various states in the country.

BTS created history by winning 3 out of 6 awards they were nominated for at the Billboard Music Awards 2022 Awards. They won Top Selling Song, Top Duo/Group, and Top Song Sales Artist for their super hit song ‘Butter’. This is the second year in a row that BTS has won these three awards at Billboards Music Awards.

Devasahayam Pillai was declared Saint by Pope Francis at The Vatican on May 15, 2022, becoming the first Indian layman to get sainthood for what The Vatican calls ‘enduring increasing hardships’. Pillai had converted to Christianity in the 18th century in the then Kingdom of Travancore.