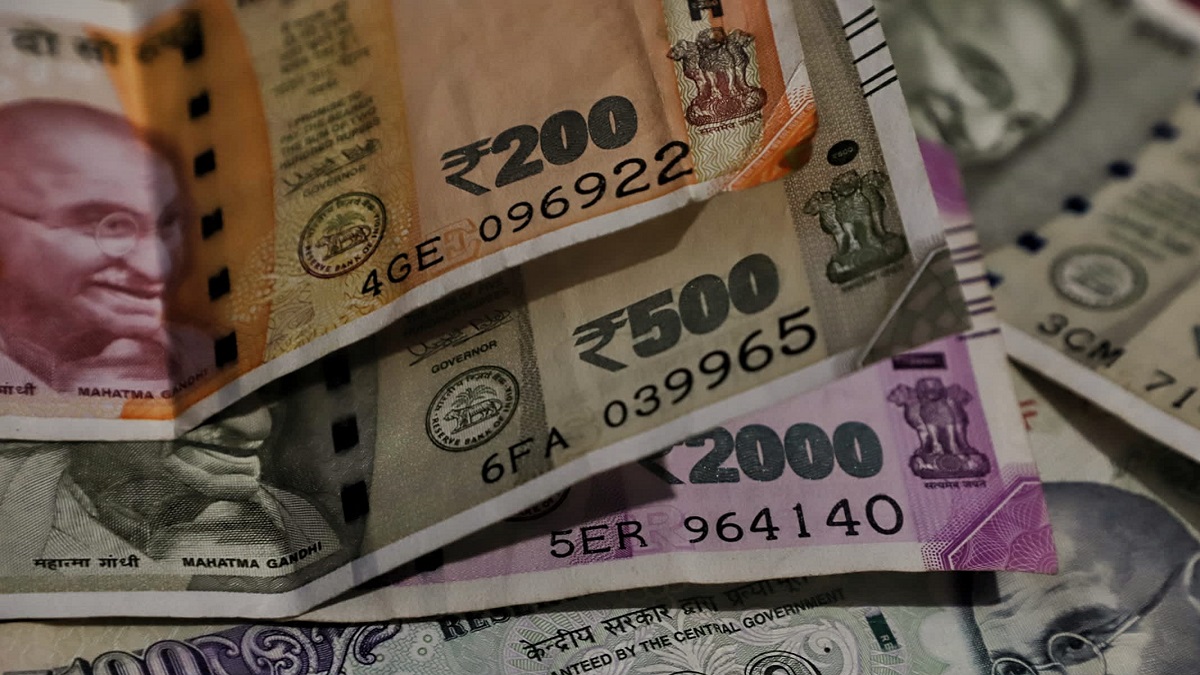 Rupee Value against Dollar: Indian Rupee hit all-time low of 77.42 against US dollar in early trade on May 9, 2022. The Rupee was weighed down by the strength of US currency in the overseas market.

This comes after an aggressive rate hike of benchmark interest rates by 50 basis points by the Federal Reserve to tackle inflation, which led to an increase in US Treasury yields. It also comes amid a steep rise in crude oil prices and global uncertainity created due to Russia-Ukraine War.

The Indian Rupee had slumped by 55 paise to almost around 76.90 against the US dollar on May 6th, ending the day’s trade close to its all-time lows.

The Rupee opened weaker on May 9th at 77.17 against the US dollar at the interbank foreign exchange and then fell further to 77.42, registering a fall of 52 paise from the last close.

The fall in Indian Rupee is a result of weak investor sentiments in domestic markets and concerns over relentless sales of Indian assets by overseas investors.

India’s trade and fiscal deficits are expected to rise due to high crude oil prices and this is expected to put increasing pressure on the Indian currency.  The previous record low for Rupee was on March 7, when it fell to 76.98 against the US dollar.

Implications of Rupee’s Devaluation: How will this Impact Indian economy?

Exporters to Benefit: The exporters will benefit from the depreciation of the Indian Rupee, as they will receive a higher amount on converting foreign currency payments in Indian rupees. The IT and Pharma companies will majorly benefit with increased export  earnings.

Importers to pay extra: The importers will be majorly impacted by the record-fall in Rupee valuation against dollar, especially those who make transactions in dollars. They will have to pay extra as the value of the rupee declines.

Inflation/ Rise in Petrol & Diesel Prices: The depreciation of Rupee is expected to impact the prices of the imported goods like crude oil. India imports almost three-fourth of its oil requirement, making it one of the most vulnerable in Asia to higher prices. The depreciation of Rupee will result in increase in the crude oil import bill, which will in turn lead to hike in petrol and diesel prices. This will also indirectly impact the transportation cost and result in overall hike in inflation.

Foreign Currency Exchange to become Expensive: The fall in Rupee against dollar is going to make borrowings in foreign currency expensive for corporate India. For eg, if the loan is in dollars and Indian Rupee weakens then the borrower will need to pay back more. Hence, foreign currency borrowing is considered to be more risky in comparison to borrowing in domestic currency.

Inward Remittances to Increase: The Non-resident Indians (NRIs) who send money back home will see a major jump in value when the foreign currency is converted into Indian rupee.