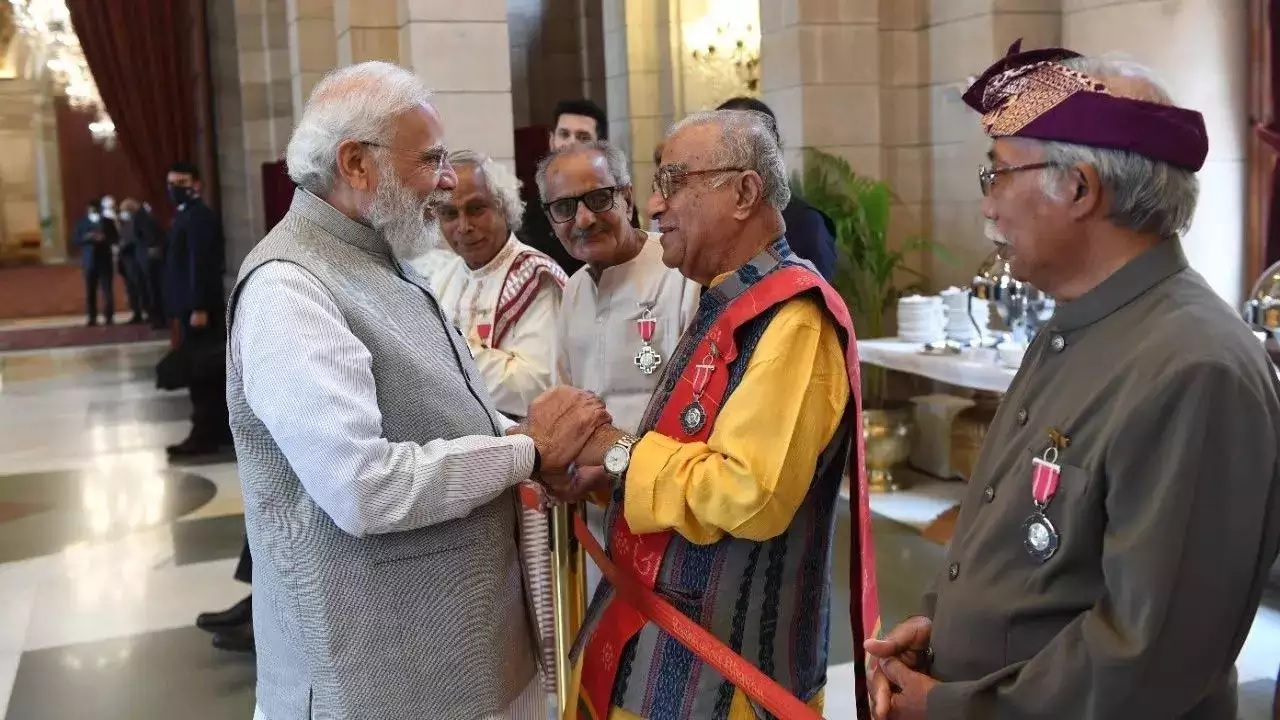 Rajat Kumar Kar, an eminent Odia Litterateur, and a Padma Shri awardee passed away on May 8, 2022, at a private hospital in Bhubaneshwar. The news of his demise was shared by his family who informed that Rajat Kumar Kar was 88 years old and had a heart-related ailment. At around 5 PM he complained of chest pain and when taken to the hospital, doctors declared him dead.

Rajat Kumar Kar was conferred with Padma Shri Award in 2021 for his significant contribution in literature and education.

Dr. Rajat Kumar Kar was a doyen of the cultural world. His multifaceted persona was seen in the manner in which he chronicled the Rath Yatra, wrote on diverse topics and worked to revive Pala art. Saddened by his passing away. Condolences to his family and admirers. Om Shanti. pic.twitter.com/PX7qFfQsfd

Rajat Kumar Kar: An Orator and a writer

1. Rajat Kumar Kar was an orater on Jagannath Culture. He was also known for his commentary during the annual Rath Yatra on TV and Radio for six decades.

2. Rajat Kumar Kar was also instrumental in the revival of Odisha’s dying art of Pala.

3. Apart from being an orator, Kar was also a prolific writer on Upendra Bhanja Literature. He has seven non-fiction to his credit and he has also written a few books on Lord Jagannath.

What PM Modi said on the demise of Rajat Kumar Kar?

Prime Minister Modi condoled the demise of the eminent Odia litterateur via Twitter. Prime Minister, while remembering Kar, said that he was a doyen of the cultural world whose multifaceted persona was seen in the manner in which he chronicled the Rath Yatra.