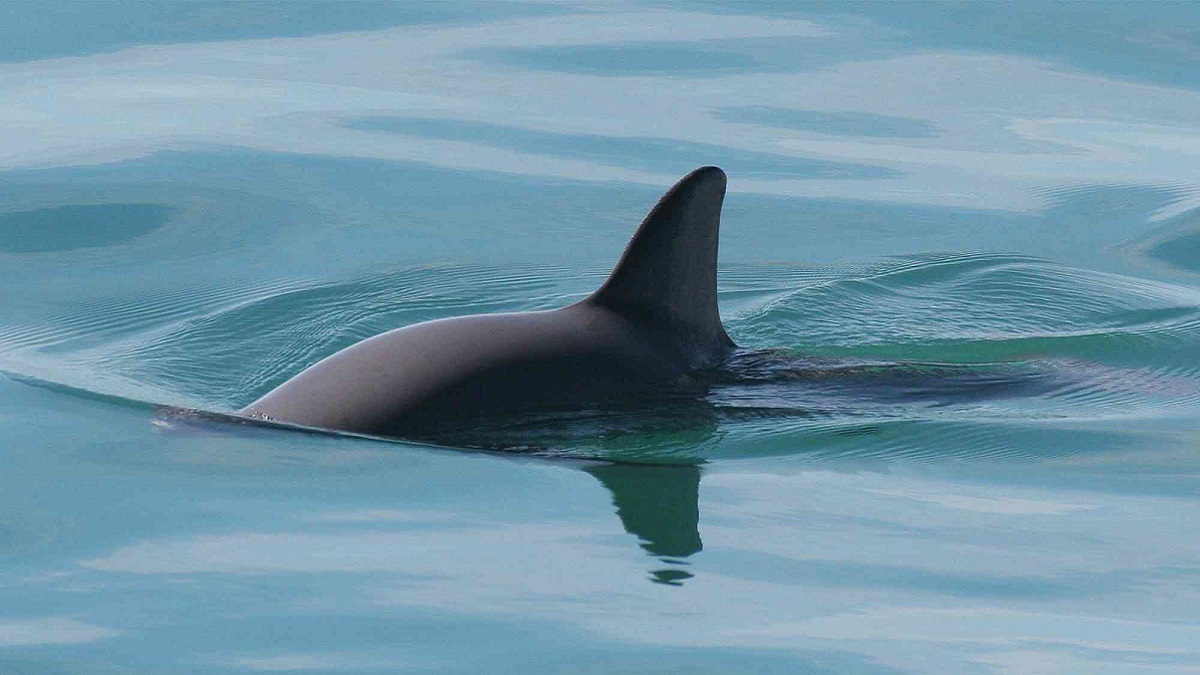 Vaquita Porpoise: The world’s smallest marine mammal ‘Vaquita Porpoise’ are on the verge of extinction with just 10 left in their sole habitat within Mexico’s Gulf of California, as per World Wildlife Data. The International Union for Conservation of Nature re-listed the critically endangered porpoise.

The vaquita porpoises weigh up to 55 kg and measure about 1.5m in length, making the smallest of all cetaceans (aquatic group of mammals). The porpoises are closely related to dolphins and share many things in common including great intelligence.

The vaquita porpoise reproduces just once in every two years. They have been pushed to the brink of extinction after getting accidentally trapped in fishing nets and due to illegal fishing.

World’s smallest porpoise on the edge of extinction#AFPgraphics‘ factbox on the IUCN re-listed critically endangered vaquita, the smallest of all cetaceans, which was pushed to the brink of extinction after getting accidentally trapped in fishing nets pic.twitter.com/SU9tbAgb2Y

1. Vaquita porpoise is the world’s rarest marine mammal with just 10 of them remaining.

3. They measure four to five feet (about 1.5 meters) in length, making it the smallest of all cetaceans.

4. Vaquitas are shy and elusive and they are known for distinctive dark circles around their eyes.

5. They have relatively large dorsal fins, which are thought to help them dissipate heat in their warm habitat.

6. Its top, the dorsal surface is dark gray, while its sides are pale gray and its underside is white with long, light gray markings.

7. The porpoise wasn’t discovered until 1958 and are on the brink of extinction just a little over half a century later.

8. They are most often found close to shore in the Mexican Gulf’s shallow waters.

9. The vaquita numbers went down drastically in the 20th century as a result of being accidentally trapped and drowning in gillnets, which are long walls of nets hanging in open water that are used to catch fish and shrimp.

Why are Vaquitas endangered?

-Degradation of their Habitat

Can Vaquitas be saved from extinction?

According to a new study published on May 5, 2022 in the journal Science, the world’s rarest marine mammals aren’t doomed by a lack of genetic diversity. Their numbers can be recovered if illegal “gillnet” fishing ceases immediately, the study noted.

The study’s lead author Jacqueline Robinson of the University of California San Francisco said, “We’re trying to push back on this idea that there’s no hope, that nothing we do could save them at this point. It’s just not an accurate assumption.”

How many vaquita porpoises are left in 2022?

Is a vaquita a dolphin or a porpoise?

The vaquita is a shy member of the porpoise family. They are though closely related to the dolphins and share their intelligence.

What is the most endangered porpoise?

The Vaquita porpoise is the world’s most endangered marine animal. It exists only in the Gulf of California off Mexico.