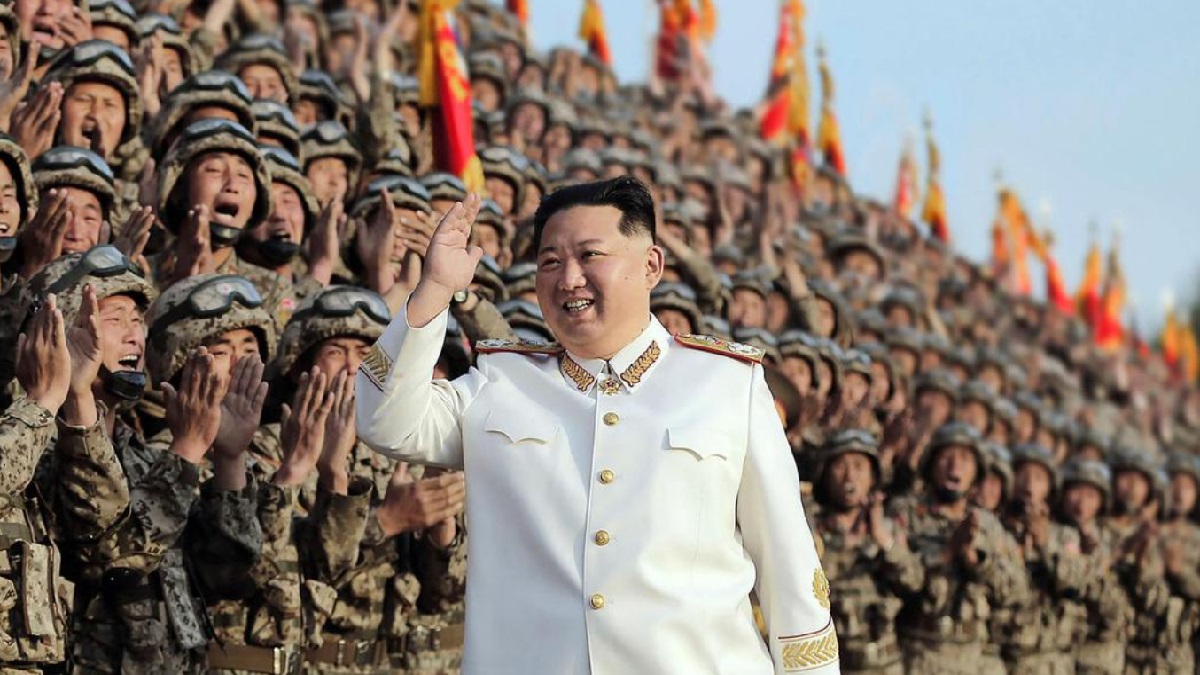 North Korea covid news: North Korea reported its first ever COVID-19 case on May 12, 2022, and declared a ‘Severe National Emergency’. North Korean leader Kim Jong Un, with an announcement, vowed to eliminate the virus from the country. The nuclear-armed country never admitted to a case of COVID-19 earlier, with the government imposing rigid covid blockade of borders since the start of the pandemic in 2020.

However, after North Korea reported its first case of COVID-19 Omicron variant, top officials, including Kim Jong Un, held a crisis meeting to discuss the COVID outbreak and also announced that the country will implement a maximum emergency virus control system.

As per the Official Korean Central News Agency, the samples that were taken from the patients sick with fever in the capital of North Korea were consistent with the highly transmissible Omicron variant.

Kim “assured us that because of the people’s high political awareness … we will surely overcome the emergency”: KCNA reports pic.twitter.com/fBUmPcdyTS

COVID-19 in North Korea: What are Kim Jong Un plans?

Kim Jong Un said in a crisis meeting that the goal is to eliminate the root within the shortest period of time. The North Korean leader assured that because of the people’s high political awareness, the country will surely overcome the emergency and win the emergency quarantine project.

The North Korean leader has called for tighter border controls and lockdown measures. He has told the citizens to completely block the spread of the virus by blocking their areas in all cities and counties across the country.

All the business and production activities will also be organized so each work unit is isolated to prevent the virus.

NK News, a Seoul-based specialist site, reported that the areas of Pyongyang had been locked for two days. Reportedly, there have also been cases of panic buying because of the uncertainty of when the lockdown might end.

North Korea on its ability to keep COVID virus at bay

Ever since the outbreak of COVID-19 all over the world, North Korea has long boasted of its ability to keep the virus at bay. In 2020, at a military parade, Kim Jong Un repeatedly thanked the citizens and the military of the country for their loyalty and for remaining healthy in the face of pandemic.

As per the World Health Organisation, from January 3, 2020, to May 11, 2022, there have been zero confirmed cases of COVID and zero reported deaths from North Korea.