Bollywood actress Anushka Sharma and Indian cricketer Virat Kohli became parents for the first time on 11 January. Anushka gave birth to daughter at Breach Candy Hospital in Mumbai yesterday. The birth of the daughter was informed by Virat to the fans through her Instagram. As soon as Virat shared this post on Instagram, he got an influx of those who congratulated him.

Please tell that this photo has been shared by Virat’s brother Vikas Kohli on his Instagram. Although the daughter’s face is not visible in this photo. But their small and beautiful legs wrapped in white clothes are definitely visible.

This photo of Virushka’s daughter is getting viral on social media. With this photo shared, Vikas has welcomed the daughter and has written “Welcome”. While sharing the photo, Vikas wrote in the caption, “Too much happiness… our house has come”. You also see the first photo of Virat Anushka’s daughter.

In the joy of becoming a father for the first time, Virat wrote, “We are very happy to tell both of us that we have a daughter here this afternoon. We are deeply grateful for your love and wishes. Both Anushka and our daughter are perfectly fine and we are fortunate to have experienced this chapter of this life. We know that you will definitely understand that at this time we all need some privacy”.

Ileana D’Cruz is a ‘Beach Bum for Life’, Shares Pic in Black Swimsuit

Bollywood actress Ileana DCruz on Thursday shared a twist of nostalgia from her holiday this time last year, in the process confessing she is a beach bum for life. Ileana posted the picture on Instagram Stories, where she is seen lying in a hammock wearing black swimsuit, against the backdrop of a blue sea.

On the image, she wrote: “This time last year. #Beachbumforlife.” 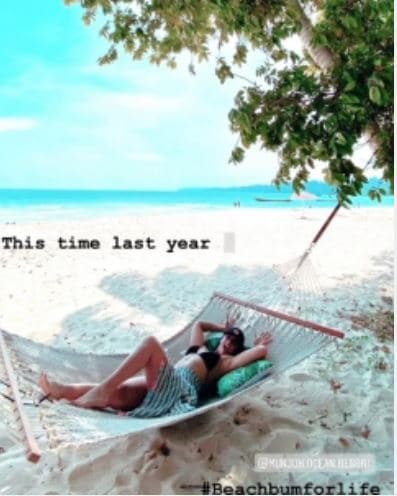 The picture seems to be from her holiday last year in Andaman Islands.

A few days ago, she had shared another picture from her holiday.

Ileana is currently all set to star in Unfair N Lovely, a comic take on India’s obsession with fair skin. Set against the backdrop of Haryana, the film features Ileana opposite Randeep Hooda.

Apple iPhone 11 was the most shipped smartphone in 2020, according to a new report citing market research data. Smartphones...

Ileana D’Cruz is a ‘Beach Bum for Life’, Shares Pic in Black Swimsuit

Bollywood actress Ileana DCruz on Thursday shared a twist of nostalgia from her holiday this time last year, in the...

The central government has opposed a petition to legalise same-sex marriage under the Hindu Marriage Act, as moved in Delhi...