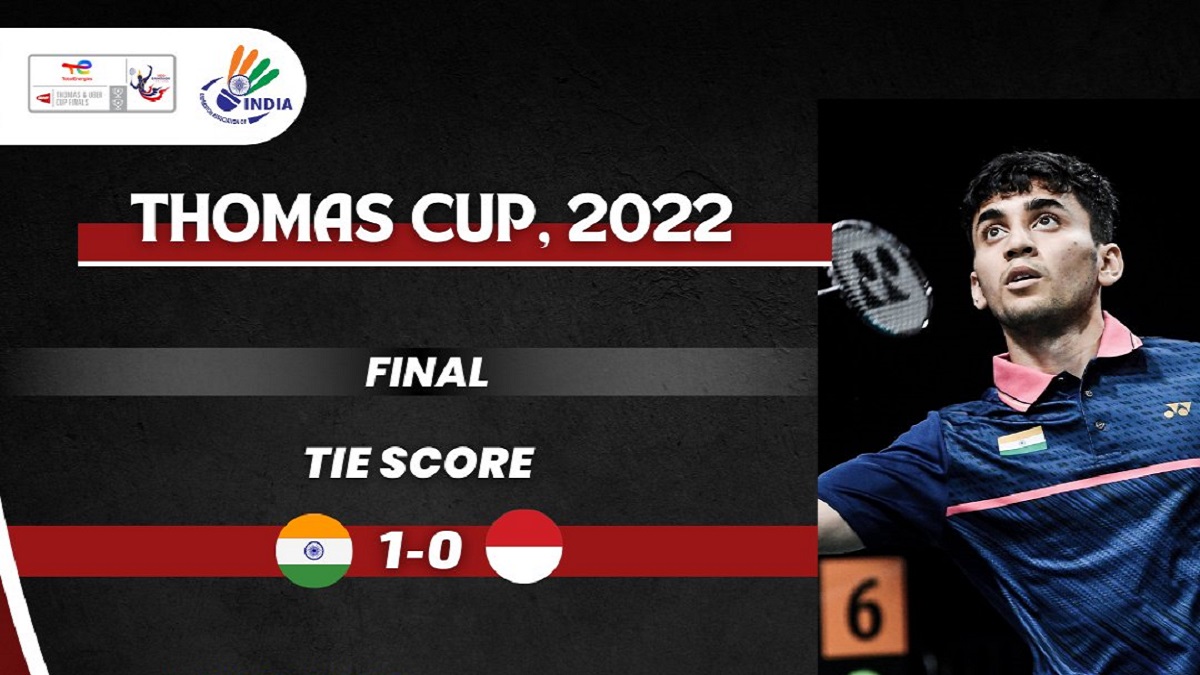 Thomas Cup Final 2022, India vs Indonesia: Tensions are running high as India sits on the verge of creating history. Kidambi Srikanth, who had won his opening game against  Jonatan Christie by 21-15, is trailing in the second game. Srikanth who seemed to be on a roll since the beginning of the matches has started showing hints of jitter. Both Srikanth and Christie have been relentless in this game so far.

Earlier, Indian doubles pair of Satwiksairaj Rankireddy and Chirag Shetty beat Mohammad Ahsan and Kevin Sanjaya Sukamuljo in the first doubles match in a great comeback, giving India 2-0 lead in the Thomas Uber Cup Final 2022. The match is being played at the Impact Arena in Bangkok, Thailand. The doubles pair had lost their opening game and were trailing but they managed a phenomenal comeback.

They did it, they did it again 🥺❤️

Brothers of destruction give 🇮🇳 2-0 lead 💥

Indonesia have won the Thomas Uber Cup a total of 14 times and are clearly the most successful team. India, however, has also proved its mettle by defeating Malaysia (3-2) and Denmark (3-2) in quarterfinals and semifinals respectively to qualify for their first-ever Thomas Uber Finals. India has also only lost match in the tournament so far, against Chinese Taipei by 2-3 in their last group stage match.

What a comeback by @lakshya_sen including this crazy point 👀 He takes 🇮🇳 to a 1️⃣-0️⃣ lead.

India vs Indonesia Thomas Uber Cup Final 2022 is being telecasted live by Sports 18 TV and the Live Streaming is available on Voot app.

The Indian women’s badminton team got knocked out of the Thomas Uber Cup 2022 Tournament after they lost 0-3 to Thailand in the quarterfinals on May 12, 2022.