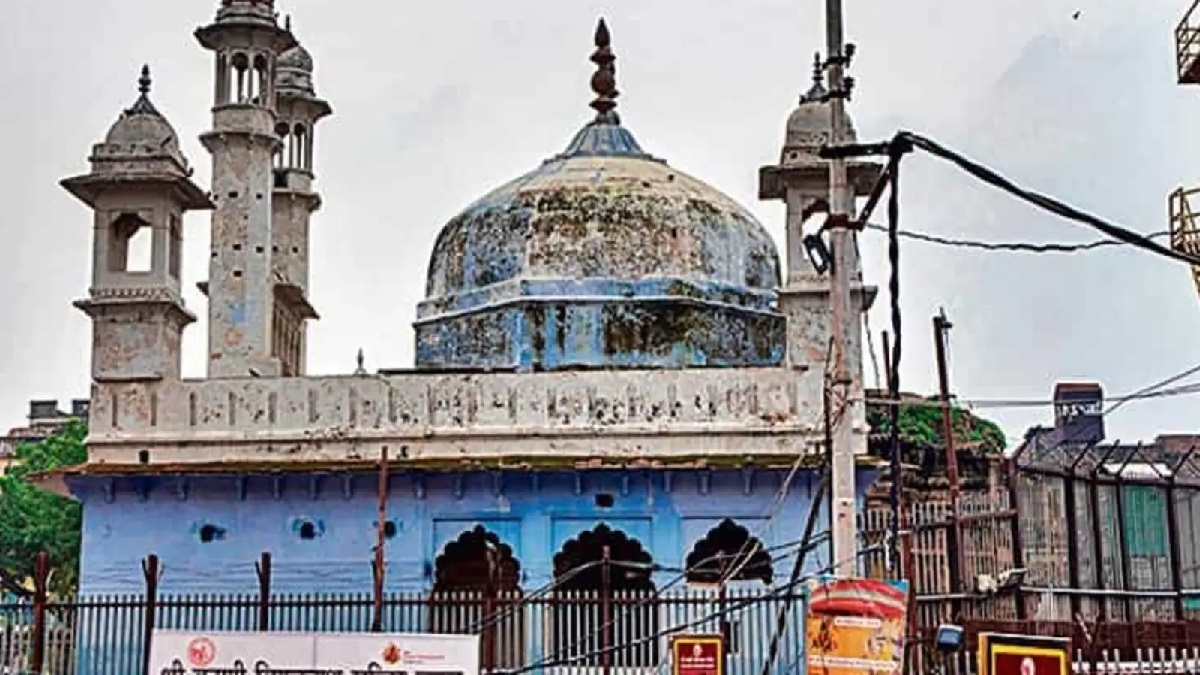 Gyanvapi Mosque Case: Varanasi court delivered its verdict today on the much-anticipated Gyanvapi Mosque Case related to the inspection of the Mosque which is located next to the iconic Kashi Vishwanath Temple in Varanasi. The district court has ordered to open the basement of Gyanvapi Mosque and conduct an archaeological survey to determine whether the mosque was built atop a destroyed portion of the temple by Mughal Emperor Aurangzeb, as claimed by the petitioners. The survey of the Gyanvapi Mosque had started on May 7 but was not fully completed because of the dispute over videography inside the mosque. Go through the Gyanvapi Mosque controversy and judgement explained in 10 points.

2. The matter of Gyanvapi Mosque was reignited after the petitioners in 2019 demanded an archaeological survey of Gyanvapi Complex.

3. The archaeological study of the complex being done by the Archaeological Survey of India was stayed by Allahabad High Court.

4. Videography of Gyanvapi Mosque was later ordered by Judge Ravi Kumar Diwakar on the plea of some women petitioners. They sought to perform worship of Lord Ganesha, Shrinagar Gauri, Nandi Idols, and Lord Hanuman, who are said to be located on the walls of the mosque. The petitioners also asked the court to stop the opponents from causing damage to the idols.

5. The counsel from the Muslim side made an argument that the court had not allowed the videography inside the mosque and only outside the barricade till the courtyard. The videography of Gyanvapi Mosque concluded with sloganeering from both Hindu and Muslim sides.

6. The Muslim counsel alleged bias from the side of the court-appointed Commissioner of the Survey, Ajay Kumar Mishra and alleged that he tried to do videography from inside the mosque against court permission. They also called videography inside Gyanvapi Mosque, a violation of the Places of Worship Act, 1991.

7. Varanasi Court, in its latest order, has said that court commissioner Ajay Kumar Mishra will not be changed and two more commissioners will join the Archaeological Survey of the Gyanvapi Mosque.

8. The basement of Gyanvapi Mosque will be opened as per the directions of the court. The archaeological survey is to be concluded and the report is to be submitted by May 17.

9. All the parties have to comply with the court directions, this country is ruled by law, said Adv Shahid Ali, President, United Muslims Front.

10. FIRs will also be registered against those who will try to stop the opening and survey of Gyanvapi Mosque Basement.

Gyanvapi Mosque is located in Banaras city of Uttar Pradesh and is said to be constructed on the site of an older Shiva Temple which was demolished by the Mughal Emperor Aurangzeb in 1669. However, scholars have always attributed political reasons rather than religious zealotry to be the primary motivation for the demolition of the temple.

What is Taj Mahal Controversy? Petition filed in Allahabad HC to open rooms of Taj Mahal to check for Hindu Idols