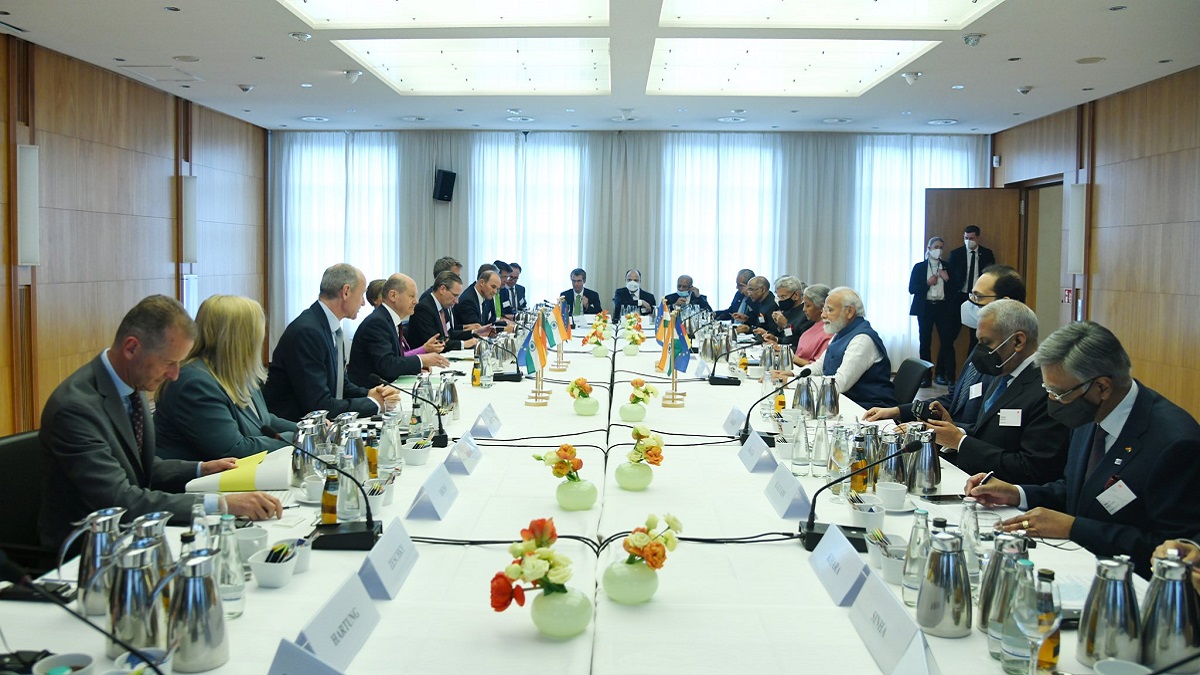 PM Modi Germany Visit: Prime Minister Narendra Modi and German Chancellor Olaf Scholz signed a green and sustainable energy partnership during their talks on May 2, 2022 at the Federal Chancellery in Berlin.

Today we are launching the Indo-German partnership on Green and sustainable development. Germany has decided to support the green growth plan of India with an additional development aid of 10 billion euros till 2030. We’ve announced setting up a green hydrogen task force: PM Modi pic.twitter.com/Y5s5pOvp7M

This was signed following the sixth Inter-Governmental Consultations between India and Germany. The ICC is a unique format that India holds only with Germany.

The consultations bring together ministers and officials from both sides to discuss bilateral issues, which culminates in a plenary session chaired by the leaders of the two nations.

This Partnership envisages a whole-of-government approach to India-Germany cooperation on SDGs and climate action, under which Germany has agreed to make an advance commitment of 10 billion Euros of new and additional development assistance until 2030: MEA

Recent geopolitical incidents have shown that world peace &stability is in critical condition and showed how all countries are interconnected. We had said that talks are the only way to solve the Ukraine crisis. We believe that no one will be victorious party in this war: PM Modi pic.twitter.com/l179TyYKXX

The IGC consultations followed a bilateral meeting held between PM Modi and the German Chancellor. This was Prime Minister Narendra Modi’s first engagement with the new German Chancellor Olaf Scholz after he took office in December 2021.

Their discussions covered key areas of bilateral cooperation including regional and global developments including the Ukraine war. The German Chancellor invited PM Modi to the upcoming G-7 Summit in Germany in June 2022.

Prime Minister Narendra Modi was accorded a ceremonial guard of honour upon his arrival in Germany. PM Modi’s visit to Germany is the first leg of his 3-day European visit, in which he is also scheduled to travel to Denmark and France where he will take part in the Nordic summit and meet the newly re-elected French President Emmanuel Macron respectively.