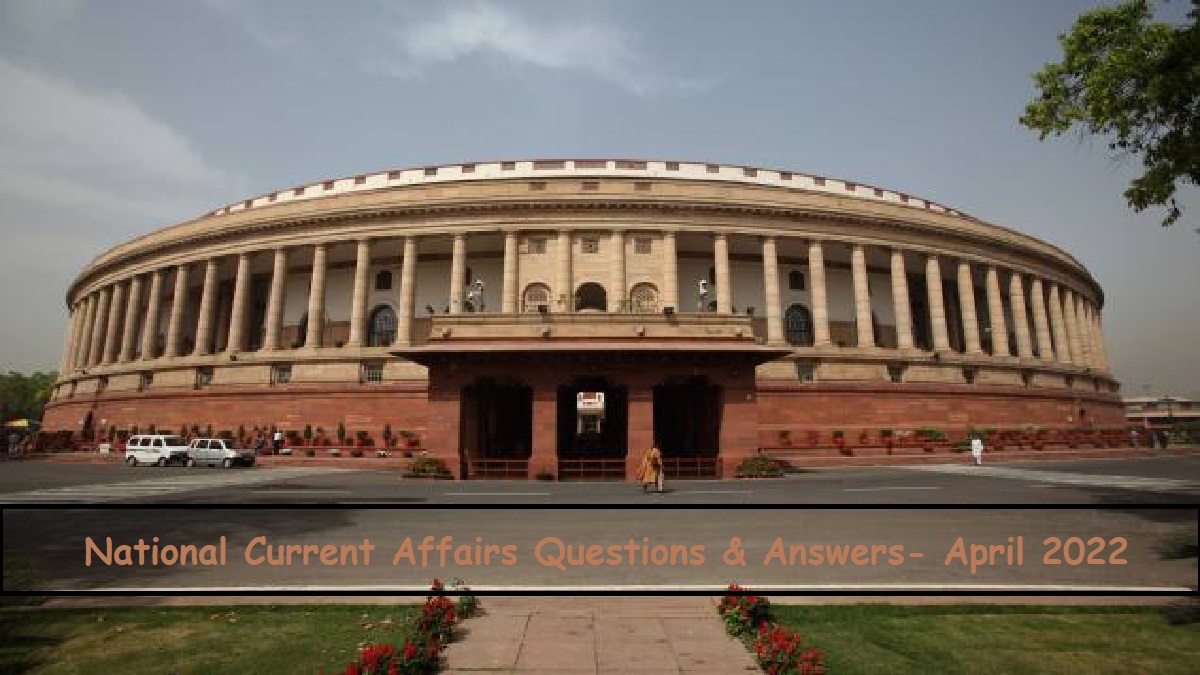 Q1- What is Enterprise India launched by MSME?

Enterprise India was inaugurated by the Ministry of Micro, Small, and Medium Enterprises on April 27, 2022, under the celebrations of Azadi Ka Amrit Mahotsav. The objective is to create synergy between the industry associations and the various Ministries/Departments concerned.

Raisina Dialogue started in 2016. It is India’s premier conference on geo-economics and geo-politics and is committed to addressing the most challenging issues facing the global community. The theme of Raisina Dialogue 2022 was ‘Terranova-Impassioned, Impatient, Imperilled”.

India is soon going to introduce AYUSH Visa Category for the Foreign Nationals. The category will be for those who want to come to India to take advantage of the AYUSH Therapy. The announcement was made by PM Modi while inaugurating the Global AYUSH Investment and Innovation Summit at Gandhinagar.

Q4- What is Criminal Procedure (Identification) Bill, 2022 passed by the Parliament?

Criminal Procedure (Identification) Bill, 2022 was passed by the Parliament in the latest session. The bill replaces the Identification of Prisoners Act, of 1920 and provides powers to the police to collect biometric samples and physical measurements of all the detainees. It includes iris and retina scans, behavioral attributes including handwriting and signatures, and physical samples.

Q5- India has been elected to which four UN ECOSOC bodies?

The four UN ECOSOC bodies to which India has been recently elected are- Commission on Science and Technology for Development, Committee on NGOs, Commission for Social Development, and Ambassador Preeti Saran has been re-elected to the Committee for Economic, Social and Cultural Rights.

Q6- What is Pradhanmantri Sangrahalaya and where it is established?

Pradhanmantri Sangrahalaya was recently inaugurated by Prime Minister Modi who also bought the first ticket to enter the museum. Pradhanmantri Sangrahalaya in New Delhi is a tribute to every Prime Minister of India since Independence, irrespective of their ideology or tenure in the office. The museum is an exclusive endeavor which is led by PM Modi.

Q8- Broadcast Seva Portal launched- What is its significance?

Q9- What is Weapons of Mass Destruction Bill 2022, passed by Lok Sabha?

Q10- Disturbed areas under AFSPA have been reduced in which states?

The Government of India has decided to reduce the disturbed areas under AFSPA (Armed Forces Special Powers Act) in Nagaland, Manipur, and Assam. The reduction in the areas under AFSPA in these states is the result of the improved security situation and the fast track development of North East states by the Government.